It is two weeks since the burial of Adizah my elder sister, and two days after the burial of my Auntie, Habeebah. Adizah went away two months ago after she applied and was enlisted as a UN Volunteer. She didn’t tell us before she applied for this voluntary thing, she only told us about it, the day before she left for Liberia. That was typical Adizah, always throwing surprises at us. The last surprise was calling off her wedding two days before the big day. Who does that?

Well, she’s done it again this time. I remember how she broke the news to MaMa na, Ahmad, Salisu and I. She came back late from God knows where carrying a new black traveler’s bag. We had just had dinner and Salisu was clearing the dishes as it was his primary assignment. It was a meal of Tuwo Shinkafa and Yakwua soup. Azizah entered the house and greeted MaMa na. MaMa na moved her eyes lazily to the white wall clock on the wall. The wall was initially painted yellow but now the painting had changed colour to something different, like off white. Pictures of the prophet and writings from the holy Quran were engraved on the walls. On the only small table which was positioned in a corner stood the Quran. The parlour still had the smell of the soup rubbing our noses. The time was 10:00pm.

“Dizah why are you late? And what’s with that bag, are you traveling?”

MaMa na did not expect the response she got. In fact she was not expecting Adizah to reply, but she did.

“Yes MaMa na. I am traveling” she said firmly with all her mouth.

“To where?” Mama na freaked out. She stood up abruptly from the floor where she sat to have dinner with all of us on an extremely worn out carpet.

“To Liberia”, she answered.

“Heeeeeeey !” MaMa na screamed. It was so loud that the wall gecko trying to eat a spider it had been struggling to catch all night left it and ran so fast, hiding its little self behind the wall clock.
“Liberia?” Adizah nodded.
“Do you want to die?” MaMa na asked. We all became worried at the sound of death. Not again, not too soon after BaBa died in a suicide bomber attack in Borno. It is barely one year since his departure and now Adizah my elder sister who I have always looked up to was going to Liberia to die?

“Sister what do you mean you are going to Liberia on a short notice?” I asked. I was impatient for an answer.
“Who is paying for your flight? I mean what is happening there?”

“That is the place where the Ebola is. They have got the worst epidemic thatthey’ve had since 1976. It is no place for a young girl like you.” MaMa na said.
“MaMa na,” Adizah called calmly. She wanted MaMa na to calm her nerves. “I want to go. I have made my decision. It’s not forever. A couple of months or more and I would be back before anyone of you misses me. She smiled.
MaMa na threw her a terrible look. “Besides, she continued, we would wear protective equipment. It’s a per diem and my flight is by 8:30 tomorrow morning”. She left us for the room while we were still trying to understand what she meant by “Perdiem”.

It was a total shock to us. Ahmad and Salisu just stood looking in their oversized ash color Jalamia. They did not say anything. MaMa na was not shouting now. She was red- eyed, agitated and crying profusely like someone had just died. That night we did not sleep.

It was not until we got to the village that we were informed about her demise. Uncle Umaru came to pick us one morning. He told us there was an emergency in the village and that we had to go, all of us even after MaMa na suggested that Ahmad stayed behind to look after the house. What could have happened in the village that needed our presence urgently? Different thoughts ran through our minds as we rode on Uncles Umaru’s white peacock. Uncle Umaru was BaBa’s younger brother and had been our back bone since BaBa left us. BaBa had other brothers but none of them were as kind as Uncle Umaru. He had one of the biggest cattle ranches in Kano. Sometimes, Ahmad assisted him during school holidays or weekends. Uncle Umaru drove quietly while MaMa na, Aunty Habeebah, Uncle Umaru’s first wife and I sat in the passenger’s seat thinking quietly yet so loudly. Ahmad, Salisu and Ahmed Uncle Umaru’s first son who was exactly the same age as Ahmad sat at the back in the rear compartment. As we drove inside the pouring June rain my mind began to think about Adizah.
Ever since she left, she had only called one time. She called to say that she arrived at her destination safely. We spoke at length and then she promised to write to me. The first letter she wrote came with pictures. In one picture, about six people stood wearing the protective equipment she told me about that night. We did not know which one was hers; she forgot to put a sign or something that could have made identifying her easy. In the second picture she was alone in a room wearing the protective suit, but her face was uncovered. Although, we knew that terrible things were happening there, not from Adizah whose second picture hid everything with the most beaming smile that showed fulfillment but from the news and the rumors of neighbors. The people were dying in hundreds and hardly any of those who were attack by the disease recovered from it. In some houses, a whole family had been swept away leaving none to mourn. MaMa na sometimes was so afraid that she spent most night praying. Not even a word Adizah wrote in her two letters had the terror described in the news.

We were still thinking when Uncle Umaru brought us back to reality. He slammed the brake so hard that our head almost hit the glove compartment. A stupid boy was crossing the road to the other side with an ewe on a leech. This was before he made a right turn. Uncle Umaru threw curses on the boy. MaMa na too did. She was furious.

“Lawless country!” Auntie Habeebah exclaimed. From there we rode for 200 meters through the rustic paths before we reached the interior of the village. Dry Mud houses stood at both sides. The rain had stopped when we got there. As soon as Uncle pulled up inside the compound aunties, uncles and cousins came to welcome us. We were ushered into the house. The sitting room was so cold and stuffy from stale air. Grandmother began to push open the windows one after the other. She did them slowly. They were old and wooden and made cranky noise when she pushed them. The curtains began to blow obeying the winds. It blew dirt into our tired faces. Obviously they needed to be washed and Grandmother was too old to do them. They were formerly white but now had turned cream with brown stains. There were vertical cracks on the wall. They ran from the ground to the roof. We sat down on the available thing we could improvise as chairs. We were all quiet before Uncle Umaru broke the silence.

“The corpse will soon arrive”. He said. He was standing close to the door.

“Whose corpse?” MaMa na asked immediately in her weary voice. Uncle Umaru’s information had certainly startled her.
“Adizah,” Auntie Zainab answered. She held MaMa na’s hand to comfort her. She wore a long black hijab flowing on the ground just like MaMa na but for the gloves and socks. Her legs and hands were covered in black pant hose and gloves. Her skin were the colour of fresh carrots. She was just like Adizah. MaMa na began to twist herself on the couch. It was the only couch in the sitting room. She wanted to scream but suppressed it on a second thought. She grumbled angrily. Then Uncle Ali came in to announce the arrival of the corpse. MaMa na gave a bitter laugh. I rushed to her side at ones.

Adizah arrived in a coffin sealed with the inscription “Do Not Open”. She died last night, said the UN representative, a young man who followed her down here. He said so many good things about Adizah and how she made a special request to be brought back to her country home. He said “Since she was deployed, her motivation to building resilience to
disease outbreaks yielded some success. She was a very energetic and pleasant fellow”. He concluded by saying “All the UN team wished to be here but could not due to the emergencies back in Liberia”.

There arose a dispute as to why the coffin would not be opened. What if the coffin did not contain Adizah? The man advised against opening the coffin. He said direct contact with the body of the deceased can also contribute in the transmission of the disease. Grandmother disagreed. Thus, bathing of the body, shrouding, funeral prayers and burial were done as was the custom.
I was sitting on the pavement in the front of the house with Auntie Zaniab chatting when suddenly she went silent. In a moment I knew what had silenced her, for as we sat there facing each other two men alighted from a tricycle quickly and silently carrying a corspe wrapped in white kaftan. In a flash of insight, I knew it was MaMa na. She and Auntie Habeebah had developed symptoms of the disease after the burial of Adizah and had been taken to the hospital.

Death was unkind to us.

The author Goodness Pius (Goodness Adebolu) resides in Ibadan, Oyo State
Nigeria with her husband. She is an active member of ANA Ibadan Chapter.
Goodness Pius hails from Obowo Local Government Area in Imo State.. She’s a graduate of English and Literary Studies in Imo State University.
Adizah is one of the author’s short stories. The author has and is
currently writing short stories, poems and children’s literature. 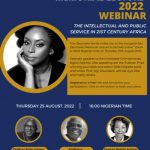 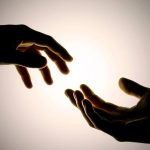 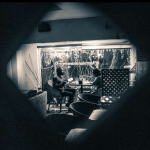