Mwute watched the students force their way through the tiny door into the classroom. He bit his lower lip for the fifth time and waited. When the chaos reduced he entered the room and locked the door after him. He placed his laptop and phone carefully on the lectern and faced the students. After what seemed like five minutes of static silence, he said aloud:

Tuesdays were always a drag for Omiiko. He’d have to hold his breath all day and pray he doesn’t go “pop”. So by 9:10 am he was reluctant to leave his bed for a class he had by 9:00 am.

He alighted from the taxi as it stopped right in front of his faculty building.

Like every other Tuesday the hallway was dull that day. Many students were not around. Tuesdays were lecture free in his department so the only students you’d see around were either doing assignments, using free Wi-Fi or waiting for the librarian. But, Mr. Mwute, their grammar lecturer who they, his classmates, had nicknamed ITK would always call for a class on Tuesday.

He took three deep breaths as he came close to his classroom. The door was closed. He turned the knob but it did not open. The door was locked. He scoffed. He spent the next five minutes contemplating. He was about to leave when the door opened and he came face to face with Mr. Mwute.

Mwute stared at the young man before him intently. He remembered the first day he saw him, what he had felt.

“You see Epilepsy is not contagious. In fact it is not contagious at all. You can have sex with an epileptic patient, you can kiss them and rest….”
Mwute stopped in his tracks to see where the confident voice was coming from. Through a window he saw a very young man of probably 19 educating what seemed like an older crowd. His interest tugged at his ears so he helped himself into the hall. He took an empty seat at the back and felt proud of the young man already. He brought out his phone to play a game while the young man spoke. He’d later ask for the organizer of the programme. He’d make inquiry of the young boy on his way home. He’d write the name and department on a notepad at home and he’d long to see him again.

The rains from last night still had a tenacious grip on Mwute so he closed the windows close to him as he waited for the students to finish their work. He felt the strange twitches in his brain and he prayed silently that the students be done already. Then the door knob turned and he expected a knock immediately. He was not in the mood to really punish students today, so he walked to the window by the door to be sure it was a student and not his brain. He looked out the window and felt pleased. It was Omiiko. He opened the door immediately he noticed he was about to leave.

“You were about leaving.” Mwute said.

“No, no sir, I was, I was going to get water…” Omiiko stammered.

Mwute raised a brow hoping to calm the young man. He studied his features for the next 40 seconds before he let him into the class.

“Ten more minutes and that’s because he just came in. Hurry up” Mwute said pointing to Omiiko.

Omiiko stared at the questions on the board and felt nauseated immediately. There was something foul about the atmosphere in the class. He looked at his colleagues who were writing very fast. He looked at the board again and his head ached. He noticed Mr Mwute staring at him and he stared back. It was strange. He did not understand why the lecturer kept looking at him since he entered the class. He was still staring at him when every other thing became invisible, he could only see him and his lecturer.

Suddenly, he noticed the right side of Mr. Mwute’s face twitching rapidly. He did not know how he got to his lecturer’s side immediately. He removed his laptop and phone and gave it to the nearest student. He pushed the lectern and the chairs that were close by out of the way. The other students were already running out of the classroom. Mr Mwute was already shaking all over his right side. Omiiko continued to push chairs and tables out of the way then he turned Mr Mwute to his left side. Other students watched him, half amazed and half scared. Omiiko had to apply extra effort to keep Mr. Mwute on his left side until the seizure died down. When Mr. Mwute was calm Omiiko gently pulled his cardigan with one hand and placed it on Mr. Mwute. He carefully put his head on his lap and waited. He’d sigh, relieved, when Mr. Mwute would sit up and accept his handkerchief to clean himself.

Mwute opened his eyes slowly to find himself on the floor. His clothes were covered in dust. He turned to see whose hand was holding him. He saw Omiiko and tears filled his eyes. He was grateful and ashamed at the same time. Omiiko helped him sit up slowly and handed him a handkerchief. He accepted it and cleaned himself. Omiiko helped him to his feet and to his office. As they left the classroom Mwute felt the eyes of other students making holes on his body but he cared less. He had Omiiko with him. He had a potential friend after all these years, one that understood.

Omiiko drove silently into his garage. His house was the biggest in Houston Street. Typical Igbo man. He stepped out of his car and smelt the air. It felt familiar. He remembered that day like it was yesterday. On a Tuesday, seven months after that seizure experience, Mr Mwute had called him to his office, his face looked funny, like he applied makeup or something. He had asked him to seat and had made him sign a document on his behalf. He had hesitated and contemplated signing a false signature but he signed the document correctly. There was this bond that had developed between the two of them that held him from playing smart. Six years later he was still very glad that he signed that document. It was a scholarship form Mr Mwute had made him sign and it was that document that brought him to the United States. He smiled and locked his car. He had a meeting by twelve noon with a foundation for epileptic patients, it was 10:30 so he had to hurry.

Nwachukwu Merit Chigozie currently studies English and Literary Studies at
the University of Nigeria, Nsukka. She writes poetry and fiction. In her
dreams, she is supreme ruler of a universe with horses as her loyal
subjects. She loves Hollandia yoghurt and Horror movies. 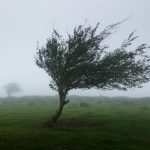 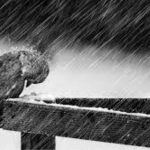 Poem: Call 911 Your Country is on Fire By Flourish Joshua 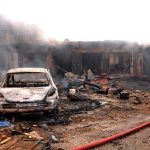 3 thoughts on “SHORT STORY: HOW ANGELS LIVE BY NWACHUKWU MERIT”