Leading by example for other Northern states, Kaduna State hosted another successful book and art festival this year and it just concluded yesterday. We try to give a brief summary of what happened as we followed on Twitter and why you shouldn’t miss the next one.

Curated by the ever amazing Lola Shonenyi, the festival kick started on the 5th of September and it started out with a full house where the guests were welcomed and given opportunity to open the festival. Efe Paul Azino and Wanna Udobang were among the writers to start the festival on stage. It spiraled into a successful climax on the last night with some of the most popular names in Poetry delivering tantalizing rhymes that danced to the dictates of words; English, local and invented. No doubt, the governor would have been very impressed as he was in attendance.

The festival featured series of panel discussions with exciting members and booklogues from authors. Hadiza El-rufai, the State’s first lady, was also on stage and read from her book An Abundance of Scorpions in her booklogue with Adebayo Ayobami, author of the book, Stay With Me. EC Osondu, EE Sule, Vamba Sheriff and other authors also gave guests things to take home on writing and publishing. 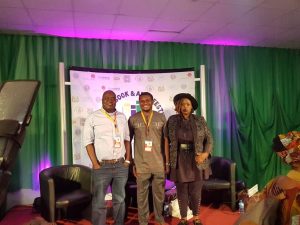 An art exhibition graced the event on the first day after the workshop on the opening day that was overseen by Marcello Akita and Zahinda Nabagareka, book grants were given to some participants.

Discussions that cut across every aspect of life was hosted during the festival, political topic that looked into moving Nigeria forward was hosted by Kolade Aregundade and guests were refreshed by civil arguments from Kayode Ogundamisi and Kadaria Ahmed. Another memorable panel discussion was on the hot topic: feminism and it was expertly hosted by Wanna Udobang with panelists: Nana Darkoa, Amina Salihu and Fatima Zahra Umar.

New Nigerian writing was one panel discussion everyone looked forward to as Basit Jamiu, Hauwa Nuhu Shafi and Umar Turaki spoke with TJ Benson on what it means to discover oneself through writing.

Film screenings too were important aspects of the festival, Alia’s Story and Uprooted were remarkable views.

Not to forget, each day featured meals that left the palate in wonder. The Liberian delicacy was on the verge of outdoing other activities.

KABAFEST was a success and we are still green with envy as those who attended continue to taung us with Tweets and pictures from the event. 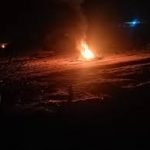 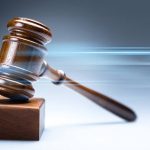 The Judges for the Princewill Okigbo 2019 Short Story Prize Announced 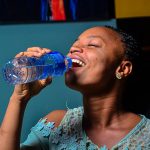