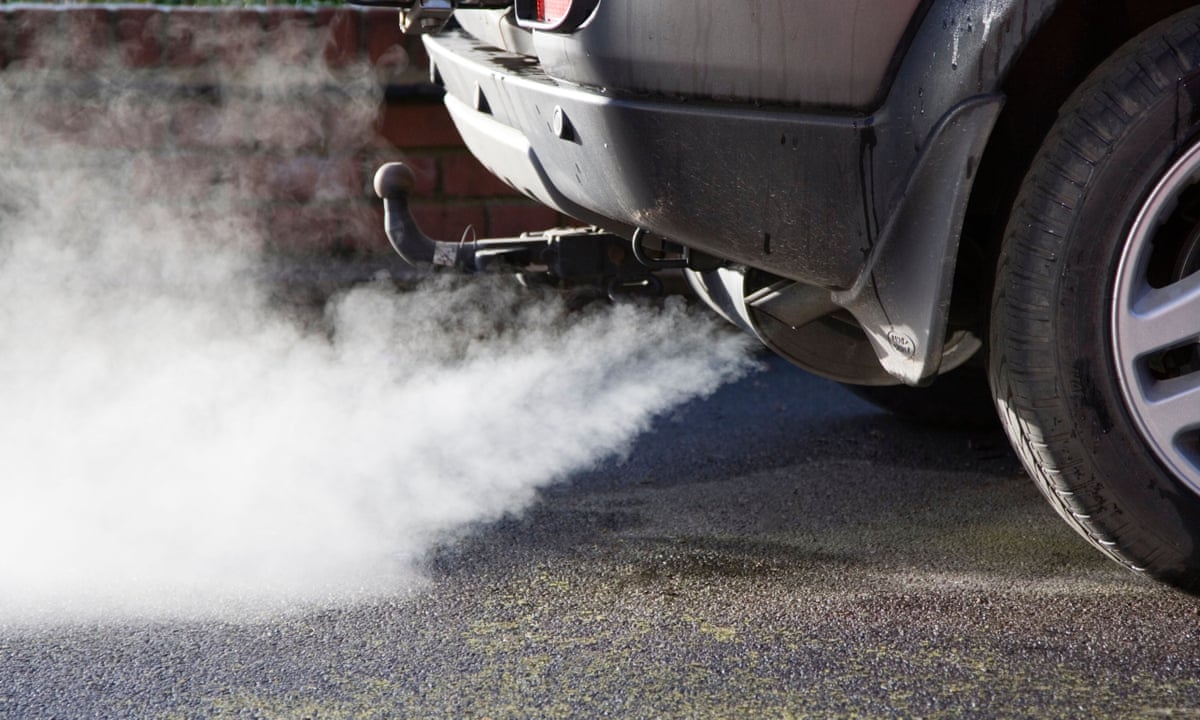 We are sitting on the verandah—my dad, my brothers, and I—the night we hear that Burna Boy’s new album Twice as Tall has been released. It is mother who calls out the news from the kitchen, which spills the aroma of egusi soup into the air. She says she heard it on the radio.

“And who is Burna Boy?” Father asks, lost in our ululation spree.

“It’s that one that sings like Fela,” Onitarilaifa, my older brother, fondly called Tari, says, eager to be the first to school my father on present-day music.

We know that this is going to snag Father’s interests because Father is a devout lover of Fela. He has all his albums and plays them all the time, shifting the volume of our Home Theater to the loudest, much to the aggravation of our neighbours, whom I think must have learnt by now to live with this. Mother doesn’t like the way Father makes a clubhouse out of our small flat too, neither do my brothers, who leave the house as soon as the music starts blaring. But I enjoy it. I enjoy listening to Fela and decrypting the messages his songs carry.

In one of his songs (I can’t remember the title), he describes the self-pressed supremacy of religious leaders over the common worshippers in their flamboyant way of living which is based on the church’s wallet. And in another of his songs, he enkindles flames, fans them with the memories of how his mother was flung out of her window by soldiers who had come to arrest him, till his voice burns out, leaving a croaky linger and the sound of his saxophone in the air — he does this in a couple of his songs. In most of his songs, too, he tongue-lashes the government for their insensitive and self-centred deeds.

Father said none of the politicians liked Fela, because he was always calling out their misfeasance in his songs, singing their names as he did so. And I often wondered how someone could be so fearless, so foolhardy. Mother says it was his badmouth that eventually led to his killing, even though the most popular story was that he died of HIV/AIDS. Father attests to this too, saying there will never be anyone bold enough to be the next Fela or even exist in his shadow.

“And do you know that Burna Boy’s mother was one of Fela’s dancers,” Tari says again, his voice weighty with pride. “And no one knows anything about Burna Boy’s father, so putting two and two together, there’s the possibility that. . .”

“Shut up, Tari,” Pere, my other brother says, his voice dry and crisp as the spiked harmattan evening breeze. “Stop saying things that you don’t know.”

Tari scoffs and bites his fingernails. Father slaps his leg—which is so hairy and muscle-bound grandmother jokes it could be mistaken for a tuber of yam—to kill a mosquito. “It is okay,” he says, more to Pere than to Tari, sensing the oncoming argument.

These days, Pere is always so bitter and I don’t know why. Tari says it has something to do with June, the half-caste girl he secretly admires, but we don’t know for sure as he’s become such a recluse. The night-sky is deep blue pierced with little bright stars, and he stares absentmindedly into it, his arms folded across his muscled chest.

The next day, Pere downloads the album into his android phone, and we are all listening to it—Tari has already concluded that Bebo is his favourite, and I really like Onyeka—when a call from June interrupts the entertainment. He goes into the room which is the last on the ever-dark hallway and the bang on the door causes the glass slides to shudder. He doesn’t come out after this. But later, when Mother asks me to go call him for dinner, his door is locked. I can hear the sound of him sniffing hard—as though the air is medicinal for a breaking heart—trying to be a man. I imagine him in his Chelsea jersey which he’s had on for two days now, crouched on the floor beside a pile of unwashed clothes, drinking alcohol out of a water bottle. I know better than to knock on his door; his voice would only come out like thunder. Pere doesn’t come out all night, not even when his favourite soap begins. Tari sighs one word at me: June.

June is a beautiful girl of about Pere’s age; sixteen. She has smooth, fair skin which would cause everyone on the street to stare as she goes by, calling her oyinbo pepper. Once, I got close enough to her and noticed the shade of her eyes; hazel brown. It was impossible to look into them and not be mesmerized. Her hair is also a thing of allurement—a long, silky, jet-black waterfall that cascades over the sides of her angular face. She is slender, with a perfect shapely frame. June has a younger brother, Hozier, who is just about my age. He is black and she is white. He says that they are siblings but are not really siblings, and I get lost each time he tries to explain the relationship to me.

They moved into the neighbourhood—June, Hozier, and her aunt—five months ago from South Africa when the killings of black people were becoming viral. Hozier got enrolled in the same school as I and we got to play on the swing and merry-go-round after school every day, while we waited for our guardians. We shared lunch, helped each other out on math quizzes, and joined money after school to buy ice-cream from the vendor who was always at the school gate every closing hour, to atone for the merciless hot sun of the dry season.

We became best friends—which is just a mild term for lovers because we are told we are too young to know what love is. But most adults don’t do the kind of things Hozier and I do for each other. They don’t save seats for their partners or tender the sensitivity of love in a gesture as simple as holding a door open. Sometimes, I wonder if love is something that wanes with time. So much that when people grow old and no longer see all the invisible jokes on each other’s faces that always brought a smile, they can blame it on their impaired eyesight; manacles of old age.

Everything was fine until Mr Catkins came to Nigeria. He’s their father. I’d first perceived him to be a soft, kind-hearted man just as Hozier or the Americans I saw on the TV, but Mr Catkins was anything but soft and kind-hearted. The first thing he did was to stop his children from seeing us, my brother and I, then he withdrew Hozier from the school we both attended. That was fine. Because Hozier still snuck out to be with me, and I suspect June and Pere had their rendezvous, too.

It’s from Father’s mouth that I first hear the word: racist. “What is that?” I ask.

“A person who hates people of a different skin colour from them for no reason.”

Mr Catkins looks at everyone with disgust. He doesn’t even step out of the white bungalow except when he has to. Hozier told me that he’s only in Nigeria for research work and would be leaving back to America soon.

“Then how come he married a black woman and has a black child too?” I ask Father one day.

My father sighs and scratches his wrinkled face. His eyes are dull and bloodshot, and his lips are chapped from the heat. “They are no longer together,” he says, scratching his white chin and biting off a chewing stick. “Maybe she is the reason he wants nothing more to do with black people.”

One day in March, June calls Pere. It is raining heavily and Pere hates going out in the rain because it always makes him sick. But it is June who called, and he would do anything for her (I’ve heard him confess it on the phone before), so he steps out. He gets back an hour later, soaked to the very skin. His tall body is hunched, and his hands dug in his sweatpants as he makes his way to his room, leaving muddy prints on the floors. When I go to call him for dinner, I can hear him crying. This time he doesn’t try to conceal it. I can hear the soft whimpers behind the old wood door and an intermittent thud. I didn’t know what happened until the following day.

Hozier doesn’t meet me at our usual spot and on my way back home, I see two huge vans parked outside of their building, heavy-bodied men moving around.

When I get home, I ask Pere if the Catkins are throwing a party. He looks at me, so pale, perhaps from the time he went under the rain, and shakes his head. “They’re going away.”

“Where are they going to?”

In my school, only rich people spend their vacation abroad, and they come back with all their phantasmagoric tales. I’m happy that Hozier gets to visit America as he tells me he’s never been there, but anger soon overrides the feeling of happiness. He didn’t tell me he’d be travelling the last time we met.

“When will they be back?”

Pere smiles in a way that doesn’t reach his eyes. “They’re not coming back, Preye. It’s their new home.”

He walks away and leaves me standing there, in a pink ruffled gown, with an unanswered question at the back of my throat.

Some days later, from my room window, I see Pere standing outside, watching a group of boys play football. It is raining heavily, but he doesn’t seem to care any more than the local footballers do. He looks tired, very tired, but smiles as the raindrops fall on him, glide over his skin in a fury, and melt at his feet. Drop by drop, washing off the many layers of misery that have now coated over his skin.

The big white house has been abandoned for weeks. Day after day, I hope to see the lights on in it, or to see the front door open, or any sign. But instead of Hozier’s, it is the virulent hand of disappointment that fills mine. The first time I taste the bitterness of loss is at nine years old. I still go to the uncompleted building which had served as a muster point for Hozier and I every day, hoping to catch, if nothing else, the tail of his ghost. The trail of his departure.

Boloere Seibidor is a Nigerian poet & writer, with works on numerous magazines/journals. She emerged winner of the Glassdoor Poetically Written Prose Contest 2020. She is greatly inspired by true-life experiences and music; especially of Ed Sheeran & James Bay. She tweets @ boloere_sod

You may also like: Is Tom Selleck gay? Plus other facts (Marriage, wife, daughter, net worth & more) 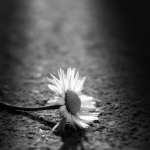 Short Story: Like a Sunflower in the Rain by Victor Daniel 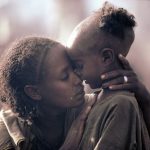 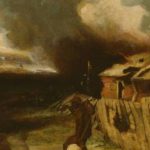