I was about eight, when Brother Kayode would come over to the house to fix one faulty electrical appliance or another. He was not a certified electrical engineer but he knew everything about electricity; from repairing Tv sets to changing bulbs and replacing burnt sockets. No one knew where he learnt his trade, but he boasted about how thunder had passed through his head in his sleep and that it was God who had touched and given him the talent to fix anything electrical. And so he would come around after Maami must have told Baami on telephone, that I had destroyed an electric extension or a wall socket. Baami would scold me right there, on the telephone, before promising to call on Brother Kayode for the repairs.

Brother Kayode, was strong, he had a big chest, and curly hairs peeped out from his workman’s uniform: a blue overall. His eyes looked hungry like someone electricity had shocked. He always worked with a smile, humming to the latest danceable songs. He would teach me while he worked. I watched him, the way his hands operated the socket, replaced the brunt fuse, he carried it like how Maami taught me to carry a glass of water, so it wouldn’t break. I wanted to be like him when I grow up, have my own blue overall, clean my hands on my big chest and smile his kind of smile. I think Maami also admired him because I caught her eyes trailing Brother Kayode’s hand whenever he worked the socket.

Maami I called one day, she had looked startled.

“I want to be like brother Kayode when I grow up” I said, she looked at me and then at Brother Kayode who had paused and was now smiling at her, she smiled back.

Maami was always happy when Brother Kayode came around. Even sometimes, when nothing was damaged in the house, she will be restless, looking for something to spoil.  One time she had ‘mistakenly’ spilled water on the naked extension wire that connected the TV and the standing fan in the parlor. And when brother Kayode came to repair it, she prepared a very delicious jollof rice with chicken –chicken we rarely ate at home. She gave me N200 to go and buy Maggi in the market, which we already had in excess. I asked her why? She replied “whoever fails to plan for the future plans to fail”. I did not understand her, but I ran off, Maagi was 180, I would have 20naira change. I will buy Chewing gum for Chiwendu. I had told her chewing gum from agbalumo’s flesh, cannot compare to the real chewing gum.

Maami told me that Baami was a delivery driver for a food manufacturing factory in Kebbi state. That he had plenty customer’s everywhere in Nigeria and that’s why he was hardly home and he was hustling to put food in my stomach. I liked food and I liked Baami who was hardly at home because when he was, we play a lot, he will always carry me on the shoulder and run round the house. That was why I was surprised when I got back home from school one day and Baami was sprawled on the chair like the Agama lizard I stoned on the head one day. He would look at the ceiling and shake his head, he didn’t even notice when I entered until I touched him and he looked at me and smiled weakly.

I went to the kitchen, my stomach was doing shhh shhh like my Baami’s old radio. There was nothing, the pot was dripping clean water, like it had been recently washed.  This had never happened before. Something was definitely wrong and Maami was not even at home, so there was nothing for me to eat. And then, Baami had that sad look on his face.

“Wale, Wale!” Baami called, “Go and change your clothes. We are going to Iya Basira’s shed for lunch.”

Iya Basira was a widow who lived in the next building and sold food at the street’s gate. I did not like her. It was not just because of her thick, witchy eye-lashes, that moved like they were struggling to jump ontop of Baami whenever he was around her, nor was it because the of stretch marks on her arms and legs, that were thick like the earthworms Dele, my yard friend played with. But it was also because her cooking was always very spicy and peppery that I ended up drinking a lot of water, making my belly bulge and without space for the remaining food and the big ‘ishan’ meat.

“Eat up your food, Wale. We are going to Igbo Elerin to see an uncle of mine”, Baami informed.

I did not understand why Iya Basira, who was always saying she needed money to take care of herself and her daughter, would refuse Baami’s money for the food we bought. Instead, she kept holding on to his hand.

“Baba Wale, no worry yourself.”

“You no hear wetin I talk. I say make you no worry. You be my personal person”, she reassured.

Baami thanked her and we went on our way. We entered a bike that took us to Agbere junction, before getting on an interstate bus that drove us down to Igbo Elerin.

We had just finished supper when Baba Fayemi, my great uncle, came back from the bush where he had gone in search of herbs. He was an old man, with very brown teeth that smelled of crushed tobacco. When Baami saw him, he lay flat on the ground in greeting as if he was playing that game “fall like a tree” and I copied him.

“E jo ko” he said, nodding at the chairs we just stood from. We sat.

“Gbenro, so this is your son. He has really grown tall. Omo mi, come let me have a good look at you.” I stood up and walked over to where he was seated, I was used to him calling me his child. He made me turn round and round, looking at me as if I am a new toy. “Ehen”, he finally remarked before raising his hands in supplication as he prayed for me.

“Amin!”, Baami and I chorused.

“Baba, I am here in respect to our earlier discussion.”

“I know. But first, let’s send your boy to sleep.”

Titilayo, Baba Fayemi’s granddaughter, led me to the bathroom, and then to where I would lay for the night. Her slippers kept on making noise as she walked. I wished she had stayed with me that night, I wanted to touch her, move my hand around her chest and make her shout “Oh mi god” as Brother Kayode had made Maami shout that day I went to buy Maagi. I had come back earlier, I rushed home so I would drop the Maagi and then go and give Chiwendu the chewing gum. When I came back I was angry when I saw brother kayode fighting Maami, but then she was smiling, it was a happy fight so I let them.

I woke up in the middle of the night, the mosquitoes were too much and they were singing “Silent Night, Holy Night” in my ears. I heard Baba Fayemi’s voice, he was shouting and coughing and praying and shouting and Baami’s gentle voice also, he was saying “ase” whenever Baba Fayemi’s voice reduced. I tip-toed to the room that housed Baami and Baba Fayemi, which was two rooms across the one which I slept in. I could hear what they were saying in low tones clearly;

“Magun”, I heard him say, “is the only way to test her fidelity to you. You see, we cannot make up our judgments based on rumours. We have to be practical.” Something like a steel pot opened. “Take this, make sure she crosses over it, every other thing will fall into place.”

I am 26 and serving the country in Calabar, Cross River. I stay at Paul Uwem’s Lodge with two other corps members. Right now, the emotion that sits on our faces dons a pitch black and electrifying yellow garment. I recognize it for it was the same garment it wore on the day Brother Kayode had died. Ben ‘Sharp Guy’ Ossai, who lives just opposite our apartment, lays atop his king-sized bed, lifeless, unclad, his big clapper grinning at us. Lady Ajoke, Ben’s sugar mummy, who had scurried out of the room, in search of help, now stands at a corner, her curly mass of disheveled eyes red and her nose is runny. The scenario is all too familiar and almost predictable.

“I think we should call the police”, Ejikeme, one of my flat mates is the first to speak up amidst the gloomy perplexity that jars our beings.

“Guy, I wash my hands off anything that concerns the police and their wahala.” Oghenevo states matter-of-factly. He is my other flat mate.

“So what do you suggest?”

“You dey ask me? Ol’ boy, save your question for Sharp Guy’s partner here. She and her husband know what they have done to him.” He gives a short pause. “This is the work of magun. Yoruba men use it on their wives. Na me Oghenefegor dey tell you so. Abi na lie, Wale?”

My flat mates, Nkechi with the down-to-earth hourglass figure; Halima who never fails to describe me as ‘prurient’, and perhaps the whole occupants of Paul Uwem’s are all looking at me in the expectation of a reply. It was not forthcoming as there is a thick lump that now sits in my throat – a lump so thick that it robs me of my vocal power. I cough and spit out in an attempt to get it out. But nothing but the seizing of my throat comes easily to me. Someone is calling my name….

When the wave of a past memory knocks you, concealed truths may begin to rear their heads. In a relaxed state of dazedness, with eyes fixed into nothing, memory’s path opens to me like film strips rolling out on a screen, with images and voices from the past and the present melding into unity. I am a child once again in our house at Imore. Brother Kayode lays dead on my parents’ matrimonial bed. Iya Basira and the other neighbours take turns to cast derision at Maami, and Brother Kayode. It is a hubbub of overt jealousy, bewilderment, dismay and agony. 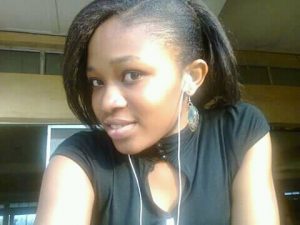 Ugochi Precious Nwabuzo holds a Bachelor of Art’s Degree in Literature. A writer, for whom laughter is a therapy, she hopes to influence her society’s opinions through her writings. She’s interested in French, German and Spanish languages. 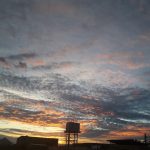 JURO: A TRIP AWAY FROM HOME 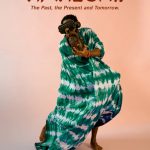 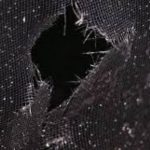 POETRY: The Memories we Carry in our Bellies and I Slept Without my Bones By Ozota Gerald Obinna