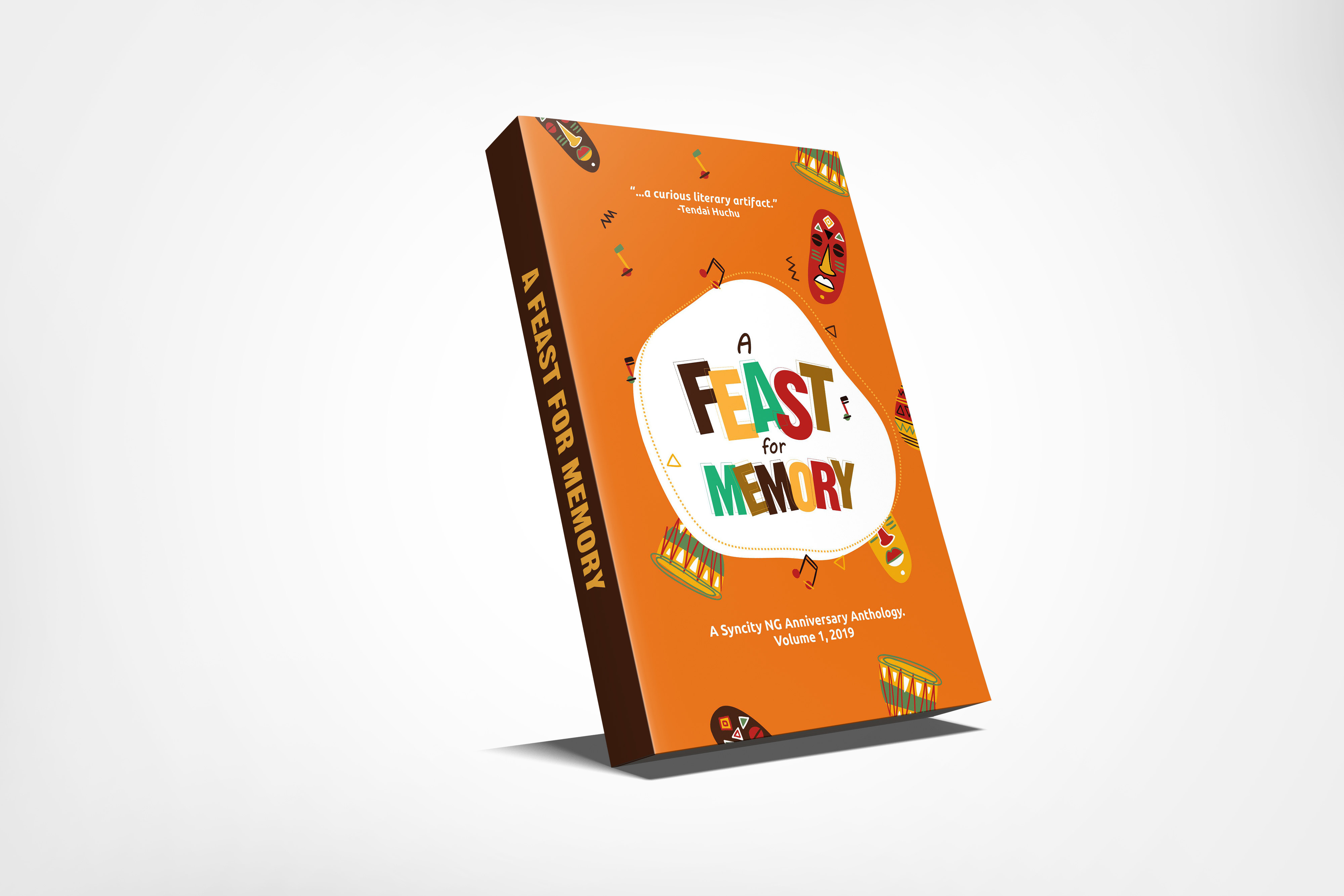 Review – A Feast for Memory

When I got a copy of A Feast for Memory dubbed ‘a curious literary artifact’ by Tendai Huchu, an a-list Zimbabwean author who wrote the introduction of the anthology, I was indeed curious to consume the stories therein. The anthology, published by thriving literary blog Syn City NG to mark its anniversary, contains eleven stories written by established and emerging African writers.

The five stories that I found particularly fascinating are: Frances Ogamba’s “A Memorial in Service of Our Daughter, Sister, and Cousin”(centred around a woman whose death causes irreconcilable disputes among her family members and unpalatable fortuities that enveloped her kinsmen); Mubanga Kalimamukwento’s “Kudonsa” (where a young girl was abused by her grandmother who enforced her to practice a ritual every night); Chiedozié’s “Diagnosis” (which focuses on a lady battling with bipolar disorder and how she dreads the departure of her partner in whom she’s found comfort and validation); Dhee Sylvester’s “Fighting Shadows” (which dwells on a soldier who returns from war and has to face a bigger battle in his homestead); and Godwin .U. Uwadilachi’s “Colorful Things”, wherein a young girl tries to accept the lifestyle that she has been confined to by her prostitute mother.

“A Memory in Service of Our Daughter, Sister, and Cousin” effortlessly presents a compelling narrative with convincing characters, while “Kudonsa” piqued my curiousity as I sought to unravel the mystery of how having a nice and long labia is pivotal to making a good wife for one’s husband. “Diagnosis” submerged me in a different world as I imagined myself in the protagonist’s shoes and what I would do to salvage my relationship on one hand, and mental health on the other. “Fighting Shadows” conveys a strong depiction of how coincidence plays out as well as the mental torture that living with guilt induces, and “Colourful Things” combines an interesting plot with different characters flawlessly woven into a creative piece, as it perfectly illustrates how the environment can affect one’s mindset while growing up.

Also worthy of mention are the works of Ezeani Chucks, Nelson CJ, Wisani .B. Mushwana, and Erhu .K. Yellow, which all carried a crucial element of suspense and tension. Yellow’s “This Too Shall Pass” tells of how a drunkard broke his addiction through the help of a ‘super being’. When I started reading the story, I first thought it was about doomsday because Yellow did a great job in keeping her readers in suspense, as she served her readers a dish of apprehension from the perspective of the protagonist.

In Maureen Onyeziri’s “Taming the Spirit”, an Ogbanje narrates her ordeal and journey of being exorcised, while Gideon C. Ogbonna’s “So Call Me Happiness” had me thinking about the incessant rise of rape cases in Nigeria and around the world these past few months.

A Feast of Memory is a strong, solid anthology. The adeptness of the contributors at creating narratives is laudable, and the quality of the prose therein portends a bright future for these writers. Most of the stories in the anthology are enjoyable reads, and I went on to search the names of the contributors on Google to learn more about their work.

Winifred Òdúnóku is an emerging Nigerian writer who loves writing literary fiction and creative nonfiction. Her works have appeared and/or are forthcoming in Kalahari Review, Nnöko Stories, Tush Magazine, and Peripheries Journal. She updates her blog: winifredodunoku.wordpress.com when not fantasizing about interning under an a-list African writer. She loves music.