how do you carry God in your pocket like a candy?
and stroke yourself till you climaxed into addiction
this pathway of sweat a constant route you follow
to seek remission
with eyes curling into grief,
skin pale as remorse,
and lips shaped like guilt
you sing sobs of promises never to go back.
Tomorrow you carry crippled innocence
lay it at the altar of your lust
and beg God to look away for the last
time,
then you question why he gave you a thirsty lip
and a honeycomb you are forbidden to swarm.

KOSISOCHUKWU (As it pleases God)

some places in this poem a boy looks
into the mirror and erase his identity
in another he sculpts his portrait
without a mouth and looks for a name instead.
some names carry God in it others show it;
but in my name (Kosisochukwu)
my father sees a cancer,
mother placed it beside his lips before she died
i remain his only successful trial in fatherhood
So in this poem:
i understand what it means for one’s name to betray him,
i have seen how a name cripples,
i know when a name serves as a reservoir for grudge.
In the picture of God in church he wears a beautiful smile
but my name has no mouth for itself
so there are sorrows it can’t laugh away
like the day childbirth claimed my mother
and my name (Kosisochukwu) served as the executioner.
even if this poem has to legs
it can’t run away with this truth:
there are some battles our names can win
and there are some lost battles our name represents.

Ozota Gerald Obinna writes from a small town called Nsukka in Enugu, he loves listening to cricket and birds, he writes about losses and grief.  He has works forthcoming and featured in various magazines. He writes to stay happy 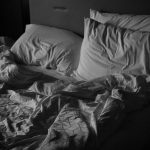 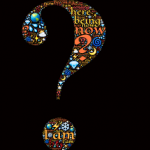 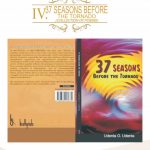