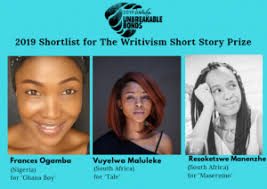 The Writivism Prize recently released the three shortlisted short stories for their 2019 competition and like its custom, they live up to expectations as one of the foremost short stories trustees in the World. Ghana Boy, Tale and Maserumo become more than characters in the individual short stories in the running for the cash prize; they become people, everyday people, most of them victims of the circumstances they find themselves in. People we come across in our journey of life, all full with stories we can (and sometimes cannot) fathom.

Frances Ogamba comes up with a classic in her piece. Themed around the helplessness of the common person in the face of police brutality and high-handedness, the story is infused skillfully with the hero worship of a young man, Ghana Boy. This hero in the misguided eyes of Oslo, his only and younger sibling, is “… the harmattan wind, the pin-sized bullet, the blazing charcoal …” anuncatchable menace reigning in their hometown.

Boldly placing the already under-fire Special Anti-Robbery Squad branch of the Nigerian police on the spot, the writer shows the world the kind of power they wield over lives. Set in rural-urban area, it opens with Oslo playing the traditional game of Ncho, dug in the ground, and during the course of the telling, takes him to cities housing cells where the police are gods and custodians of life, literally. The boys’ father typically sees the criminal activities of his firstborn as a personal failure and tries to distance himself from him but when the ridiculous sum is requested from him, his paternal instinct takes over. Closing with an apparition of Ghana Boy trying to discourage Oslo from following his lifestyle after he had been felled by the axe of extra-judicial killing, the story mostly holds Nigerian Pidgin dialogues that flow naturally.

Tale is a story of a different kind of relationship between a mother and child and you are forgiven if you mispronounced the title as the writer points out in the opening parts that “you don’t pronounce it like you would the English word that means myth”. Vuyelwa Maluleke employs descriptions like it is an extension of the pen. It is easy to visualize the crowded town, the music clashing on the canvass of human ears and the insides of the house where it all happens. Much has been said about the love a mother has for a child, finally, here is a story where the mother sees her child as a failure, resents her, Tale, for the simple reason of existing, tiring of religious fanaticism and even worse: carrying a birth mark that is the duplicate of her deadbeat father’s.

Through her memories, we learn of why her mother’s presence means terror. A superb story telling is witnessed in this piece. So seductive is it that when the mother drops dead at Tale’s feet, the reader is shocked and even saddened that the story has already ended. The bridge between both opposites is a grandmother who loves both child and grandchild and she does her best to keep them civil with skillful interjections and suggestions.

After a third reading of Maserumo, it is important to take some time and mull over it all. In the end, the story leaves you with a lot of questions but one that is easily answered is: did Resoketswe Manenzhe tell a good story? Yes. As seen from the point of view of a character, it starts with simplicity before developing into panic. The death of Samantha on the same day she was born ropes the customers of Cynthia’s Tavern into a circle of death, why? Probably because of the Geography (that is the most the writer gives us).

It can be set anywhere from Superstitious Africa to Old Ireland and still remain true. One thing is certain in this story; the cry or scream of a baby (or cat depending on whose version you believe) means death. Typically, after the death toll rises, help is sought and it ends with Maserumo asking what is to happen because the deadly sounds have been heard by him himself.  The deaths may be independent happenings or some evil that has been unleashed, coincidence and fear partners in this body of work.

Like is traditional to Writivism, themes can vary as much as possible and these stories show this. The prize once again caters for the imaginations of African writers and places no borders. One thing though is resounding among these stories; the significance of bonds, be it in the immediate family or community. This makes us African.

You can read the stories here: munyori.org 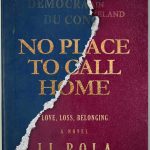 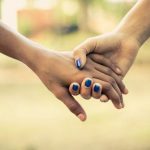 Understanding Is the Highest Form of Love. 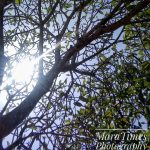