You feel your lips tear apart, under the early hatching of a wide smile as your daughter steps in, her energy pulling down the iron Turkish doors that secured your vast parlor, her smile matching that of her fathers’; You. She suffocates you with hugs, the type that will make Sandra, your wife jealous. ”My love” you call her, coolly. She blushes, shrugs and hugs you once more before making for her room. Sandra casts you an angry look, demanding her own share of the loving. You walk up to her, hold her by the waist and taste her delicious ear lobes, nibbling gently. She resists;

“Come on Sam grow up! We ain’t teenagers anymore” She chides and knowing this spurs you on.

“I have one fellow down there… that definitely would disagree” You counter. And you both are all smiles.

That’s all you see now, smiles –like flowers, like fragile daises that perfumed your life –as you read the note…You make out Ken’s writing but the words look haggard to you, forcing a meaning you refuse to accept into your mind. You see the words as individual letters littered on the paper. Those moments filter through: the hug, the smell, her touch, Kimberly’s’. Her eyes, a clear replica of the woman you gave your all to. Just like her mother, her hair is dark, wavy and cropped. She had the brisk step of a tentative teenager excited breaking into the adult world. She had mood swings; a minute she would want to be loved up, dolled up and lavished with care. And other time she would seem withdrawn, aloof, pained. Then she would be at war with everyone, you feel her rage froth, the red color of anger would rise from her neck, one would fear she was been choked by her own rage. Being fair you could almost gauge her anger like a thermometer when she was angry. What about Sandra your wife?  Your High school throb. You were the nerd, the unseen, a shadow floating by the hallway, she breathed life into you, brought you into existence. Somehow you can’t still understand what she saw in you. Nor this; the text playing at the edge of the note: “it’s God’s plan”

You watch him struggle with the cover of his bottle containing his Holy water, you squint as you observe the comedy. The comedy that are priests, pastors, servants. There is, you believe, a comic pretense. A heavy burden to wear a clean cloth, to keep up with appearances against one’s true nature. This is one of Pastor Ken’s monthly visit. For the past five years, you’ve wanted to prove him wrong. Reduce, so to say, his influence and control over your life. After he prayed for you and you won that Million Dollar case against the Government of California. The case that dragged your name to the headlines, which transferred your meager living into a dazzling existence. From stacking of bills to payment of bills even before it’s due. After then, you felt you’ve sold your manhood. That perhaps if he hadn’t prayed for you, you would still be nothing! Sandra your love perhaps might have even left you after supporting the family for ten years on her thin salary at the Scared Heart complex where she’s a nurse. Perhaps the strain would’ve torn your marriage apart. But with the intervention of Ken, you were saved or were you just lucky? Perhaps it was your time and he just happened to be there and now claims responsibility for “your luck”. Now as you watch him; his face sunken in serious prayer, his lips smacking uncontrollably, his calm –it all comes to you as something practiced. You’ve often caught him stealing glances at your daughter Kimberly. Of course you wanted to pound him, to pack him in neat folds. But then again you feel your manhood robbed. You feel indebted in a way.

But your opportunity came to finally test this his apostolic potency. You are driving, speeding madly with your door unlocked, your windows wound down. He told you, no prophesied that if you went ahead in this journey –you had a report to file against “Tits and Bits” Baby Company at the high court Georgia –there will be no coming back. His face was stern and pricked with sweat or was it the Holy water? You smiled deliciously in your mind, your chance finally is here –to salvage your manhood. You maintain the same route, you slow on sighting thugs. Somehow you willed this. Wanted this to happen. The glorious end to your enslavement.

But you return unscathed. You’re smiling. Now you picture Ken’s embarrassed face. Pale, cowed and defeated. You think about Sandra’s knowing wink and Kimberly, oh sweet Kimberly! How the road, the adventure had made you hungry for her love and cooing voice when she calls you “Daddy”

You enter and your soul evaporate from your body, the keys slip out of your hand. Headache pays rent on your mind and a serious confusion plays a familiar symphony on the background. Bodies lay in awkward positions. You make out dear Kimberly’s frail body, her face hidden behind the cushion, her legs sprawled like she was raped but she wasn’t, it’s worst. She’s dead, you find out, feeling her pulse. It is death, cold like silence. Sandra lay close to one of the corner tables like she was reaching for the landline before she collapsed. And Ken’s body sat adjacent to the door reclining on the cushion –expecting you.

You’re done reading the note. You tear it up. You pick up the pieces again and you shred it. Rejecting its content, rejecting this reality. He said you were chosen; Ken. That he knew of course you would come back unharmed. But he had to make sure you leave. He admits he saw the doubts in your mind. You resented the role he played in your life. But this was his final act. Clearing the path to your destiny. Path? How dare he refer Kimberly –a product of a fairy-tale love –as mere obstacle in a path? You bash his head to the floor, although he is dead you don’t mind. You don’t care upsetting the crime scene. It replays now; Ken’s words “my friend you will hate me no doubt. But am only a servant carrying out his will” you are destined for greatness to be ‘THE PRESIDENT” of the United States of America and the only thing standing in your way is your loved ones. Remember “Luke chapter 4 v… You tear the note re-playing in your mind, you shred it bitterly, leaving the last dreg to fall down on your lips “it’s God’s plan”

The sadness claimed you, it ate up your insides, your will to live. It dragged you like a cloud of palatable aroma hooking your willing nose to the backyard, to the Oak tree that stood dazzling in the light. In your hands are a ladder and a rope. Now the rope is hanging firmly on the oak tree. Your neck in its grasp. The ladder is scattered on the ground. You lay there hung, dazzling under the evening sun. One could mistake you as a fallen branch that hung loosely to the parent tree.

They called the police, acted like they were all in shock. It was practiced, well scripted as the police questioned them on possible motives for your suicide. Sandra had her eyes clogged with tears. Kimberly was numb, staring out through the window of the crammed police station. They are making a statement. You died without knowing dear Kimberly wasn’t your daughter. That Pastor Ken, stealing glances at her was in no way amorous it was fatherly. A longing. That while you were a drunk, struggling to get on your feet, a failed lawyer. That your nurse Sandra maintained her job because Pastor Ken oversaw the hospital she worked in. That what kept your family going wasn’t his prayer. But his love and sperm. Yes I almost forgot. They weren’t dead dead. They took a drug that reduced their pulse. That technically sent them into Rigor mortis but then of course would wane after 8hrs. You weren’t that patient with life. 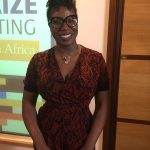 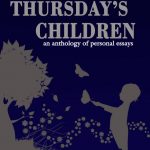 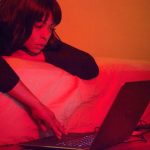 Of Death, Music and Liminality: An Analysis of Tyler Perry’s Acrimony.