“We cannot publish your work because it doesn’t relate to the present trends,” said no publishing house ever.

Most times, writers get rejection emails from publishers on stories  that seem not to address trending issues. Some of those emails read like the above statement. It got more intriguing when I was at a writing/reading club meeting early this year and someone mentioned a book on crime and mysteries and how it was a great book. Another person replied: “We are talking about books that relate to the living. Not books that are just there to take you on a trip to a fantasy land, unrealistic situations, and leave you empty.” Not his exact words, but something along these lines.

His words got me thinking: are there more serious genres than others? But I was saved from the stress of thinking too much when he added that “every writer’s duty is to talk about the problems of their society.” What he meant, I suppose, is this: if you are Igbo, by all means talk about Biafra or we won’t take you seriously, and if you are African write about black oppression and racism or face irrelevance. But this is not true.

Last year, after it was announced that Kazuo Ishiguro would be taking the Nobel Prize in Literature home, apart from those who had favorites and were understandably not happy, a group of people scoffed that someone who writes about space and robots and so on should not be a Literature icon.

It seems to be a thing, this issue of serious and unserious genres. I checked the Caine Prize and Writivism Prize shortlist (the most recent ones) and discovered the scarcity of entries in romance stories. Of course, this could not be a conscious effort. But it is either romance stories are badly written these days or writers do not feel this genre should be submitted for “serious” prizes, unless of course, it is addressing the queer theme.

Are we becoming a generation of  preachy writers? Are we, by ignoring works that are not ‘strongly opinionated’, snuffing life out of ‘art for art’s sake?’ Should writing always be aimed at fixing the world?

It is one thing for a writer to be interpreted differently, for readers to think a writer attempts to address an ill in society when that could be far from the writer’s intent, but it is entirely different, dangerously so, when it is expected to be intended. It is okay when during an interview a writer is asked ‘what reforms do you wish to make with this body of work?’ But it is unjust to art, even  an act of ignorance, to insist that art must say something about everything. People will always have their literary tastes, but I fear that with the way we react when someone offers us a fantasy novel or a romance novella, we may end up making writing a  total political agenda; you either play the politics well or get sidelined. Let us save art, and let writers write what they like. 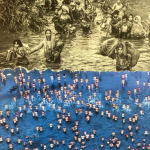 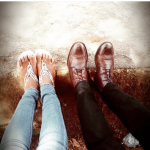 POEM: YOU AND I By UGORJI EBUBE 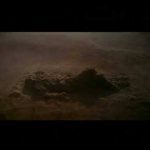 2 thoughts on “Unserious Genres: The Fear of Losing the Art.”