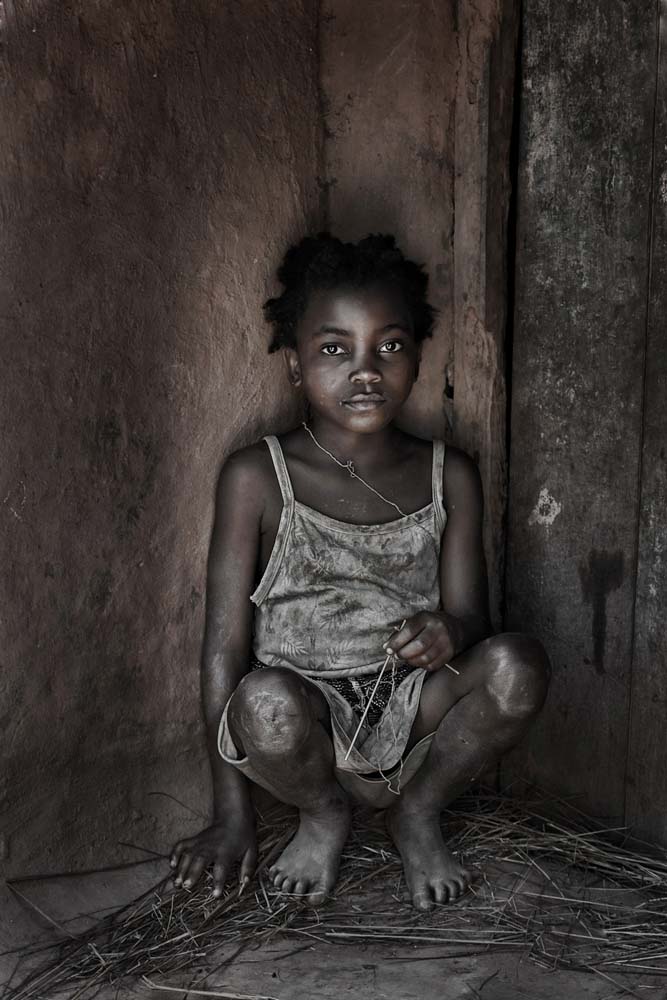 It was just me and two other girls, Uju and Oge, at the Bus Park, sitting under a huge mango tree with broad leaves, beside the car repair shop made with Zinc. 5:00pm was an hour ago and Papa was yet to come and take me home like he had promised. He had told me we were going to meet his ‘Business partner’ (Papa had no job even before mama died). When we got to Ikodu Bus Park, he bought me doughnut, pointed to the mango tree and told me to wait there till 5:00pm, then we’ll go back home.

Thirty minutes past six and still no sign of Papa, the other girls got worried but I knew my Papa will come for me. One Big Aunty came and called our names; we were surprised, then she smiled and said we should enter her Jeep and that she would take us to where our parents were. The Jeep was painted purple like my favorite lollipop. The other girls entered but I refused, I told the Big Aunty: “Thank you mah, but my Papa said I should wait for him here”. I remembered that Papa said someone would bring me to him if he wasted time.

“Did my Papa send you to come and carry me?” I asked the Big Aunty, “Yes darling”, she replied, smiling sweetly. It was only my mama that spoke to me that way. I entered her Jeep and cold breeze from the car was rubbing my skin, me and the other girls laughed and shared my doughnut. I looked back and saw a man under the mango tree and my heart jumped up.

“Papa! Papa!” I screamed, then I noticed it was the mechanic, he was carrying the bench we sat on, back inside his Zinc shop and Big Aunty drove off.

Papa taught me to always stay awake whenever I’m travelling with strangers, so even when we passed Ikpa, Okpe, Nyeri and Mogbe, I did not sleep like the other girls. I knew that Big Aunty was lying, how can Papa travel to the city without me? He said we’ll go home together and we will eat the doughnut inside the taxi. My Papa cannot lie, it is Big Aunty that is lying, and then I started crying.

We stopped in front of a very big house; the fence and gate was high and had that “electric thing”; Big Aunty made a call, the gate opened and closed on its own without any gate-man pushing it. We came down from the Jeep and walked into the big house. I was wondering how many people were living in Big Aunty’s house because it was bigger than the big hotels in Ikpa and finer too, when I get home, I will tell all my friends; the other girls liked it too; the were rubbing their hands all over the big chairs that were like bed.

Big Aunty said that if we behave well, our parents will come for us. But this is the third month and Papa hasn’t come. Papa doesn’t go out much because he has ‘arthritis’; who would buy foodstuffs in the market for him? Who will even fetch water for him? I laid sick on my bunk and refused to rush to the noisy dining hall when breakfast bell rang and Uju was cleaning my body with warm water.

It was 7:00pm when Uju woke me up “Come let us go downstairs, madam is calling everybody!” She dragged me down the stairs into the big parlour where the 28 other girls were waiting; my head was pounding very fast but I tried to look fine when Big Aunty stared at me.

Every girl was called according to the number given to her…

Oge came to my side and whispered

“Madam said that some visitors are coming tonight and…” I was lost in thought before she could finish; why is she happy? Maybe she doesn’t miss her Papa or… maybe our parents are the visitors!

A knock was heard and I became nervous, I even wanted to rush and open the door before one of Big Aunty’s workers did. The five men that came in didn’t look like Papa at all and when I saw the look on Uju’s face and the rest of the girls, I knew they weren’t anybody’s Papa but who are these Big Uncle’s?

“Are these all?” One of the Big Uncles asked Big Aunty and she nodded, then the Big Uncles started looking at us like we are cooked ‘Ukwa’ in Oke Nkwo market. Four Big Uncles choose 20, 15, 6, and Oge, the other Big Uncle came to me and asked:

Big Aunty’s workers started taking the other girls upstairs as the Big Uncles gave Big Aunty money; I waved to Uju and tears started falling from my eyes. Oge ran outside and when she tried opening the gate, that electric ‘thing’ shocked her and she died; I became afraid and told Big Aunty that I don’t want to go with the Big Uncle, she just said; “Be a good girl and behave yourself” and left.

I was crying when Big Uncle drove out of the dormitory and even when the policeman along the road stared at him, he lied and said that he was my Papa; as I was about to tell the policeman that he is not my Papa, he increased the radio volume and we crossed the checkpoint. Big Uncle got angry, stopped the car and dragged me out, then he broke out a cane from the Bush and started flogging me; he pushed me back into the car and drove off.

We got to his house and he gave me water to drink but I refused; he sat beside me and started apologizing. Then he began touching my shoulder and the necklace mama gave me that I have never taken off before and I pushed his hands away; he got angry and said that I should behave myself, then I told him the same thing. Big Uncle pulled out his belt and started flogging me until I fell off the chair to the tiled floor.

I woke up and found myself wrapped with a white bed sheet stained with blood – my own blood! And I tried to remember what could have happened, but I couldn’t. My hips were aching badly and I couldn’t move them, I looked around and found a note: “Leave before I’m back”, then there was money under the pillow. I managed to walk to the bathroom, washed myself and left the house; I wasn’t scared if that electric ‘thing’ was on the gate, I wasn’t scared of anything; I just wanted to see Papa.

I got to the Bus Park nearby and waited till I heard “Ikpa! Ikpa!!”, so I entered the Bus; then an old man stared at me and said something like “Small okada woman”.

The conductor’s voice woke me up and I realized we were already in Oke Nkwo, I came down and walked home. Papa was surprised but not happy to see me.

‘Why did you come back?” He asked, not allowing me into the house.

“Papa …. But you said you will come back”

“Rubbish! See, tomorrow morning, I will take you back there myself”

Papa sounded like the Big Uncle, he is not the Papa I used to know.

“We’ll go back in the morning, be ready” he said and left.

I will never go back to Big Aunty’s dormitory again, although I miss Uju; so I walked into the house, packed my bags and left the house.

“Where do you think you are going to?” the question my mind kept asking me even after boarding a Bus in Ikodu Bus Park to Mogbe – an unknown town. I am not important to Big Aunty, to that Big Uncle and even Papa; maybe I’m 30, just a number like the other girls! 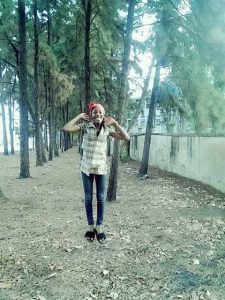 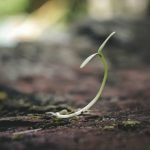 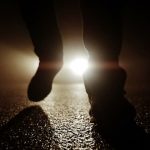 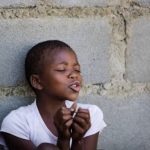 POEM: THE BOY IS NOT A CONCUSSION OF POVERTY BY K.Asare-Bediako