{ For Benue, After The Herdsmen’s Massacre }

Benue is an abattoir of butchered dreams
where crows have long and still
hover over the sky. She is a stale tale written in blood.

Here smiles are memories of Ash Wednesday.
Is it because death is a reward for a “stolen cow?”

Benue is bullet-holes of short and long absences
denied the breast of justice without national outrage.

She is 73 terminal Silences heard in AK47shots
of unripe goodnights.
Benue is a song sung in limbo where flowers
die at the sight of blood. Time doesn’t dry
tears that wet her graves. I don’t know
whether it is because grave is the mother of posthumous grief.

To be Benue is to count losses everyday on the
footprints of cemetery roads
And on the eyelashes of moon after the honeymoon
of nomadic raids.
This happens when darkness leads a country…

Who knows how to use rivers to drown the fire burning
in the heart of this boy whose father
was knifed into absence by the herdsmen?

When he poured a shovel of sand into his grave
I fell down and broke into 73 elegies.

Here and there, crows are clawing on abandoned
corpses on the farms. Is it because death is a reward
for a “stolen cow?”

Even in schools, Benue Children say that A is no longer
for Apple, neither B is for Ball nor C for Cat again.

They now sing with eyes burning with rivers of
requiems that:

A is for Agony – the synonym of Agatu. Her memories
still in bandages of unripe funerals. They say that A
is also for Ache eating through their hearts potholed
by timeless grief.

C is for Corpses of beloved in small and big coffins
waiting to manure the uterus of the earth.
D is for Dirge to sing them into solemn goodbyes.
E is also for Elegy sung with mouths silenced by
screams of gunshots.
F is for Failure from the pulpit of power to put nomadic
raids to sword.
G is for Gory. Gory scenes in deathwatched images of
frightening tomorrow.

The girl whose memories are catacombs, tears and
phlegm stole “I is for…” from her mouth and a grief fell
from her tears and lured us into an unending weeping. 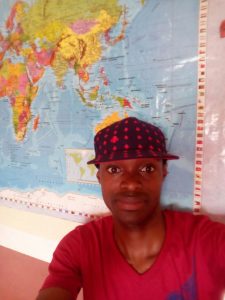 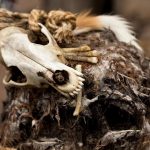 POEM: Of Mummy and Daddy By Temmy Jake

2 thoughts on “A Song For A Broken Home: Poetry By KingDavid”